Sport and Alcohol: How Marketing Misleads the Masses

Spring is in the Air

Spring is undoubtedly my favourite time of the year. The weather is warming up (at least out here on the West coast), there is a smorgasbord of sports and competitions on the telly, including the granddaddy of them all – the Stanley Cup Playoffs. Even for non-hockey fans, it is clearly evident that the level of competition on exhibition during this marathon of a post-season is unrivalled anywhere in sport. The dedication and physical preparation it takes to endure Lord Stanley’s gauntlet is tangible even through the TV screens as we watch from home. When games break for commercial, we catch our collective breath in anticipation of the next nail biting segment. However, sometimes what we witness during the commercial breaks can be just as influential as the game itself.

Through cleverly concocted patriotic imagery, companies shape and dictate our collective understanding of what it means to be a true Canadian. However, the results of said commercials are not always as neat and tidy as the 30 second spots they occupy. Of particular concern are the carefully planned marketing campaigns that propagate the notion that drinking, partying, and sport all go hand in hand and are an integral part of our Canadian identity and culture.

The images and scenes showcased on screens across the country paint pictures of epic adventures and memorable nights fuelled by the consumption of alcohol. You know the ones – where well dressed, attractive young people enjoy a brew around the fire, or stumble upon an epic, secret rooftop party, when in fact the reality is usually far less glamorous. These ads almost always celebrate late night debauchery and the lowering of inhibitions. When we compare those images to the disciplined, elite level athletes who make up the main course of the broadcast, no greater contrast could exist.

What if all the players on the ice took the cue from these commercials? I reckon we’d have some very weary looking players stumbling around the ice trying desperately to sweat off last night’s escapades without heaving in front of millions of viewers. However, the resulting embarrassment, humiliation, and regret often associated with over-indulgence might make for a more truthful beer commercial.

As Canadians, from an early age the association of alcohol and partying with sporting events has been deeply ingrained. While many people are able to imbibe responsibly and draw the line at responsible levels as pictured in the commercials, there remains a large portion of people who struggle with self-regulation.

We need to look no further than the mayor of Canada’s largest city to see how challenging self-regulation can be. Even a public figure, with everything to lose, has repeatedly been unable to exhibit self-control at a variety of sporting events… and just about everywhere else he goes. Perhaps Molson Canadian should put out a disclaimer/public service announcement chronicling Mayor Ford’s indiscretions while re-instituting their old tag-line I AM CANADIAN! A sweaty, belligerent, and crass Mayor Ford might be a departure from their young, sexy, and exciting advertising formula, but I’d argue that the former is much more commonplace in society than the latter.

Getting Back to Basics

One of the main goals of Sober Sports Victoria is to re-instill a youthful exuberance surrounding sport and recreation. Due to the widely successful marketing campaigns discussed above, many clients I have encountered have not engaged in or spectated sports without the presence of alcohol for a long, long time. In my experience, clients are often pleased to find that they enjoy sport as much or more so without adding alcohol into the equation. Be prepared, though; de-programming yourself to disassociate the two might take time, but I can assure you you’ll enjoy your experience just as much and wake up without regrets or anxiety and a brain that does not feel like it met the business end of a sledgehammer.

Sport is enthralling because it pits elite and fine-tuned athletes against one another in competition where only one can emerge victorious. Preparation, discipline, and sacrifice are key elements to success. While not all of us are professional athletes, the winning formula in life is little different. Personifying the traits listed above is directly opposed by alcohol abuse and over indulgence. So just remember the next time you’re watching or playing sports, you have a choice and opting out or consuming responsibly makes you no less patriotic. Despite what alcohol advertisers would have you believe, that choice just might make you more Canadian. 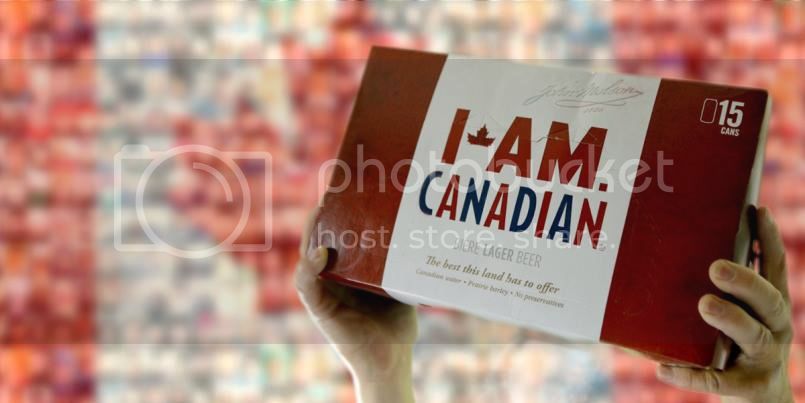